The R.Bot Synergy Swan robot is a telepresence robot which allows users to visit remote locations without having to travel there in person.  Fathers can check in on the rest of their family while at work, mothers can keep an extra ‘eye’ out on their children while they are in separate rooms, and business people can check in on their house or pets during business hours.  The videos below demonstrate some of what the Swan robot is capable of.

As common amongst telepresence robots, users may communicate with people at the robots location through the speakers and microphones on the tablet or smartphone (not included with the Synergy Swan) that is attached to the robot.  Additionally, the Synergy Swan has face recognition capability and includes a human speech synthesizer as an alternative way to transmit voices.

Remote users may operate the Synergy Swan robot using Android, iOS, Linux, MacOS, or Windows devices. However, at present time only Android devices may be placed on the robot itself.  R.Bot uses its own remote presence software so users do not need to use video conferencing applications such as Skype or Google Hangouts.

Ability to lower and raise height of the robot and positioning of the attached device. 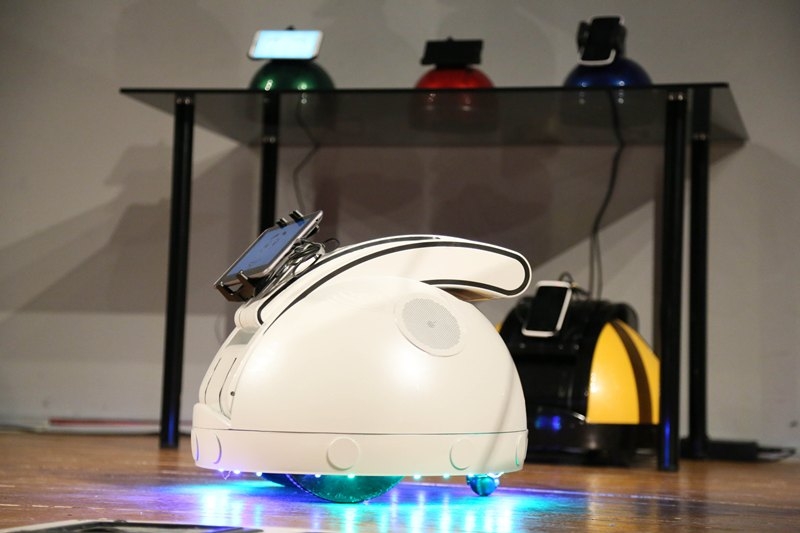 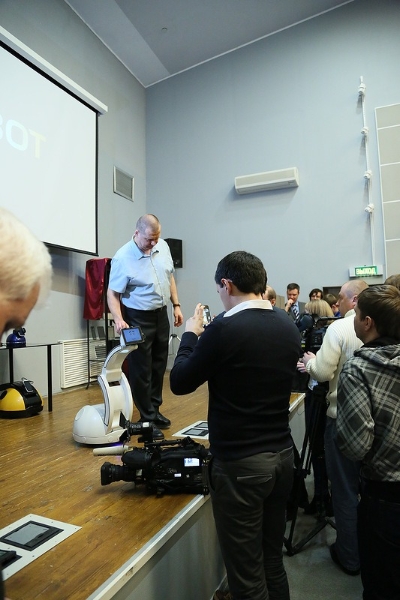 Syn­ergy Swan telep­res­ence ro­bots “danc­ing” at a ro­bot trade-show.
This video shows the Syn­ergy Swan ro­bot be­ing used to visit fam­ily re­motely and to keep an eye on chil­dren while in an­other room.
Get a Demo

There are no reviews yet.

Be the first to review “Synergy Swan” Cancel reply