Have you ever felt that you could complete work at your office from home?  The Beam telepresence robots allow you to ‘beam’ into a remote location and have a presence there, saving you the time and effort and cost of travelling.

The Beam Plus (Beam+) is the latest telepresence robot offering from Suitable Technologies. Designed as a smaller, home-use alternative to its predecessor, the Beam Pro, the Beam Plus telepresence robot allows family members to visit with one another no matter where in the world they may be located.  It can be operated using a computer, tablet, or smartphone after being connected to a WiFi source and downloading the Beam app.

Grandchildren can chat with their grandparents, a parent can read a bedtime story or sing a lullaby to their children, small business owners can drive to the desk of a coworker while away, or owners can simply check in on their pets while away during the day. One of the exciting new features from Beam is “Party Mode.”  Party mode is an audio feature which allows the Beam+ to automatically adjust to louder environments.  The built-in noise cancellation is increased in addition to the volume from the speakers, enabling better listening whatever your environment.  Another advanced feature for you to look out for is the option to have arms and additional accessories added, which are currently under development.

The Beam Plus robot is able to overcome obstacles (changes in floor surface, cords, etc.) up to 3/4 of an inch high as well as being able to climb all ADA compliant ramps.

Feel free to browse the Beam Plus robot images, videos, and Beam reviews in order to see how the Beam+ can potentially help you whether in a home or business setting.

Auto-Docking: Yes. When close, hold a button while the robot positions itself.

Run Time: Up to 2 hours of continuous operation.

Dual-band radio can use 4G with an additional USB modem.

Available for Windows 7 or higher, and Mac OS X 10.7+. The Beam program has free and automatic updates.

For best results a 2Ghz Intel i3 processer or better and 2+GB of RAM is recommended.

Beam+ is capable of navigating ‘bumps’ up to 3/4 of an inch high.

Security: The Beam+ and BeamPRO robots use TLS/SSL encryption protocol to keep your data private and secure.

Mobile Devices Supported: iPhone 5s or newer, iPad Air or newer, Most Android phones and tablets made after 2014.

Computers and other devices must have a working camera in order to perform a call using the Beam robots. 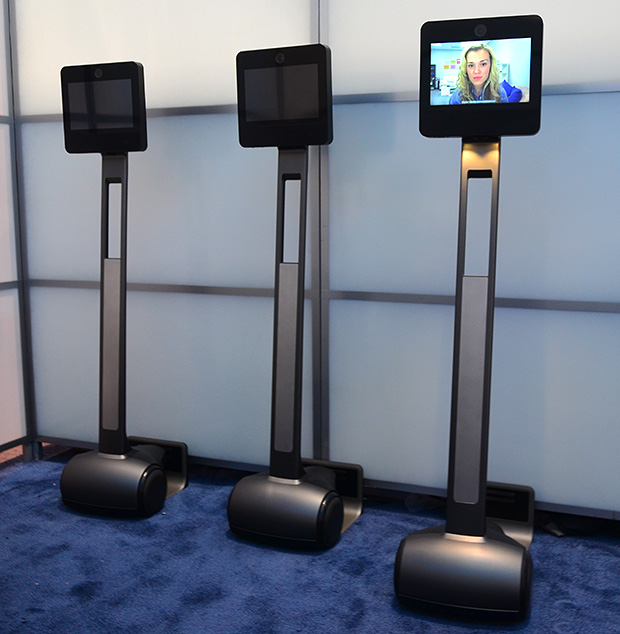 Short, in­tro­duc­tory video of the Beam+ telep­res­ence ro­bot’s de­sign and move­ment.
Beam+ video which shows the Beam ro­bot be­ing op­er­ated re­motely by a grand­mother to in­ter­act with her grand­chil­dren, and a mother who checks in on the rest of her fam­ily while not at home.
The CEO of a com­pany ex­plains how a Beam ro­bot has helped his com­pany: elim­i­nat­ing con­fer­ence call­ing and in­stead en­abling a face to face meet­ing, a greater sense of hu­man touch from re­mote em­ploy­ees, and en­hanced com­mu­ni­ca­tion over­all cre­ated by the abil­ity to move and con­trol­ling the ro­bot.
Get a Demo

Yesterday afternoon I took a Beam+ telepresence robot for a spin as Dan from Suitable Technologies talked me through its capabilities and graciously fielded my many questions. Before I launch into describing my experience driving the robot, I should mention that in preparation for the test drive, another company employee, Kinsley, contacted me to run a quick test ensuring that my computer was up to the task. I appreciated that extra step on the company’s part to make sure that my test drive went smoothly. This gave me an early indication that Suitable Technologies isn’t just another startup scrambling to get its product on the market, but has worked with enough clientele to develop a streamlined demo process. Additionally, theirs is the first company website I’ve seen that displays a photo of a U. S. president (currently President Obama) using one of their products.

The Beam+ is a no-nonsense, well-designed telepresence robot. Users can maneuver it using either a mouse or the arrow keys on a computer keyboard (I found the arrow keys to be easiest), and can adjust the speed via a slider in the application window. For a little extra speed, hold down the shift key while moving the robot (whether by arrow key or mouse). The Beam+ can also pivot in either direction, useful for maneuvering in tight spaces. One key feature that increases the robot’s cost but also contributes to a smooth user experience is its built-in 10″ LCD flat-panel monitor, which carries two HDR cameras and four directional microphones (including one in the rear), heightening users’ feeling of being “present” in the remote location. On my end, this meant that I had a crystal clear straight-ahead view through the main camera and excellent audio throughout the test drive. I had a similarly clear view through the second camera, which, because the Beam+ doesn’t have proximity sensors, shows the base of the robot to assist users in avoiding obstacles. The second camera also aids those users who choose to steer with a mouse: when you hover your mouse point above the window with the base view, you’ll see parallel “tracks” angling from the robot’s base to wherever your pointer is, indicating where the Beam+ will move when you click and hold the mouse button.

Further features allow users to share their screens with viewers on the other end, mute sound on either end of the call, increase the view to full-screen, and pause for up to fifteen minutes without disconnecting the call (should nature, or some other imminent need, intervene). Holding the period key brings up a window displaying the user’s connection speed. The monitor includes a USB 2.0 port (which can accept a 4G stick to enhance the robot’s operational range if necessary), and also allows you to zoom the main camera up to 2.0x. Although the Beam+ doesn’t stop when it contacts an obstacle, its top travel speed is about 0.5 mph, so any accidental collisions are unlikely to be catastrophic. Also–and Dan demonstrated this for me–the Beam+ can be tilted to nearly 45 degrees off-base and will still right itself. Finally, when you’re done with a call and have maneuvered the robot near its charging dock, you can simply hold “P” to activate the auto-navigation parking feature.

Overall, I felt the Beam+ was very user-friendly and offered a very smooth telepresence experience suitable for a wide variety of possible uses. The Beam+ appears to be well-made and well-conceived, and Suitable Technologies also seems to be well organized and to have a good understanding of how to attract and interact with clients. If you’re in the market for a reliable, high-quality telepresence robot, I have no hesitation in recommending you buy the Beam+.

Pros: – Smooth interface with great call quality
– Intuitive and straight-forward controls
– Physically stable and well-designed
– Very secure calls
– Very reliable, as demonstrated not only by the confidence of larger clients (such as Google, which has over 50), but by Suitable Technologies’ willingness to entirely remotely staff a store via Beam+ robots. If I’m ever in Palo Alto, a visit to that store (on University Avenue) is going to be on my to-do list.

Cons: – No proximity sensors, although the Beam+ compensates for this through the directional mics, the base-view HDR camera, and the modest top movement speed.
– The relatively short 2 hour battery life

I was recently able to do a demo drive of Beam – it was an absolutely amazing experience! I got a reply from the Beam team in a day and was able to schedule a demo after a couple of pleasant emails. I was able to choose which model I wanted to drive, which was great, as I was interested in Beam Plus and not Beam Pro. Suitable Technologies provided me with all the information I could possibly need and soon I was able to drive one of their robots in their Kansas City office.

Before I could access the Beam, I had to download and install some specialized software. Although, I usually don’t like doing that, I have to admit, the process was very fast and straightforward. You even get to watch a 5 minute introductory video, explaining how to drive the robot and be safe. The program itself gives numerous options, allowing you to set your preferences, so that you can control the robot as easily, as possible. For example, you can choose the sensitivity of the mouse, as well as the top speed of the Beam and the microphone and speaker volume. What actually surprised me was that you could choose to control the robot, not only with the mouse or keyboard, but also with a gamepad. I liked that you have access to the keyboard shortcuts at any time during the conversation, allowing you to steer the robot even better. There was no lag and maneuvering around obstacles was made simple by the second camera placed on the bottom of the Beam. A definite advantage is that there’s no need to change between cameras, as both views are always on screen. This allows you to gain some sense of depth and protect both the robot and the people in its vicinity, without consciously concentrating on it.

One of the more unique features of Beam is the “Hold” option. When you disconnect from the robot, it holds your spot for 15 minutes before anyone else could drive it. This can be very valuable at an event with multiple Beams. Another great feature, although not really uncommon, is the screen share. Beam also allows you to zoom in – the quality remains very decent, but it could be better. The robot has an assisted docking option, which is always a great convenience. The charge time of Beam is about 4 hours and allows you to use the robot for up to 2 hours. Perhaps some of the greatest features are the echo cancellation and the background noise canceling. Those, along with the 4 microphones and the audio amplifier, guarantee an amazing sound quality. The robot can safely overcome bumps up to ¾ inches high.

So, to sum my experience up, here’s a simple list!

– You need to install specialised software
– When zoomed in, the video gets a bit grainy
– Short battery life (2 hours)

Was this review helpful to you?
Yes
No
Cancel reply
(2 customer reviews) 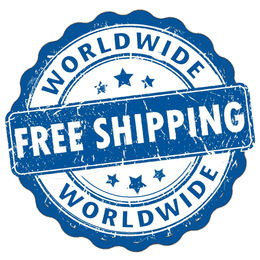